Geology is the scientific exploration of the planet Earth, wherein the Earth is a geologist's laboratory. Geologists study rocks, fossils, minerals, and the processes by which they were formed over the Earth's 4.6 billion-year history. Many problems in geology are much like solving a puzzle.  A common task for students is to present a possible clarification of the events that occurred to produce the landscape surrounding them. They learn to recognize signs of hidden valuable ores, minerals, and fuels so that they can be extracted and used by mankind.

Geology, an interdisciplinary subject helps in investigating and finding answers to many practical questions of daily importance, as well as those that have more long-term consequences. Geologic information is very useful to Government and businesses to develop infrastructure and live in harmony with the natural environment. Geology offers students, professionals, and the public the tools for understanding relationship between the Earth and people.

To assist in fulfilling such aspect of Geology is the objective of the Geology Department, Fergusson College. The subject was introduced in Fergusson College in 1908. In the beginning it was one of the optional subjects at the inter science examination but a couple of years later it was introduced at graduate level as one of the three subjects of natural science group under the Bombay University.

To begin with, Prof T.G. Yeolekar worked as professor in Zoology and Geology Department. Prof G.G. Narke was greatly interested in the subject. He helped the department in the capacity of honorary geology teacher. Prof K.V. Kelkar joined this college in the year 1924 as junior teacher to assist Prof T.G. Yeolekar. In 1926, Geology was introduced as principle subject at B.Sc. level. In 1932, Prof K.V. Kelkar was appointed as Professor and Head of the department of Geology, and was assisted by several lecturers and past students like R.D. Godbole, Y.T. Apte, R.V. Sathe, L.V. Agashe, R.B. Gupte and S.Y. Date.

The staff and students of Geology Department published a few research papers. In 1946, the Geology Education Committee was appointed by the Government of India which consisted of Dr S.P. Prija, D.N. Wadia and W.D. West. They showed great appreciation of the work done by students of the Geology department of this college. The appreciation was reciprocated by recommending a handsome grant for enabling the college authorities to develop the Geology Department. The development of Geology Department got accelerated in 1951. It so happened that in 1951, the University of Pune introduced the B.Sc. (General) course and the old principal and subsidiary courses were abolished. Students passing the B.Sc. (General) examination could not take up the M.Sc. degree by research. As University of Poona was unable to arrange for the teaching of the post graduate classes, the authorities of the Fergusson College offered to make provision for the teaching of a few post graduate students by paper. With this, University authorities offered substantial grants for purchasing optical instruments and other apparatus, starting with a small number. Later on efforts were made to admit a dozen students each year. The new building of the Geology department, Fergusson College was inaugurated at the hands of Prof. D.G. Karve, Vice Chancellor of the Pune University on Saturday, September 5th, 1959. However, in December 1971, the M. Sc. Geology Department of Fergusson College was shifted to Pune University campus.

After retirement of Prof. K.V. Kelkar, Mr. P.V. Sowani took over as the Head of the Department. He had joined the department in 1954 as junior teacher and was promoted to Assistant Professor in 1956. He was awarded one of the Fulbright and Smith Mundt Scholarship in the year of 1958. He underwent an intensive training at Colorado School of Mines in advanced petrology and mineralogy for one year. Prof. Sowani retired in the year 1986. From 1986 to 1988, Dr. Mrs. Oka headed the department.

The Department has been recognised as a Research Centre in Geology since the academic year 2012-13. 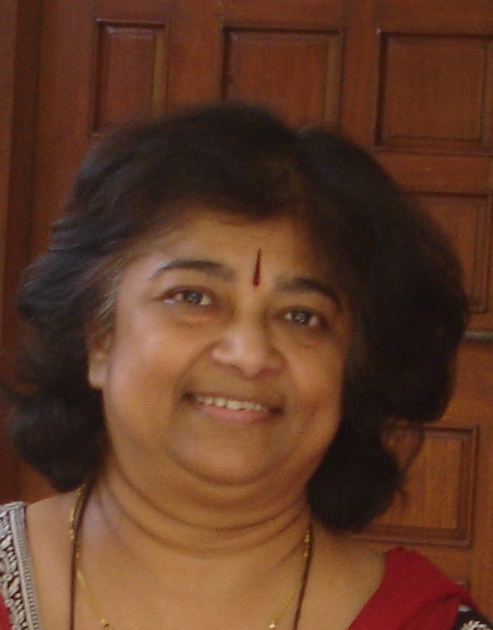 Note: Biodata of any of the above mentioned faculty member can be downloaded by clicking on their name.

Tilakraj Malhotra Award. ... Best Performance in Practical Examination of Diploma in Gemmology conducted by Gemmological Institute of India, Mumbai
Best Rotary Ann During the Rotary year 1999-2000 for the Rotary Club of Poona West

Research Title: Palaeoalgological, Palichnological, Sedimentological and Neomorphic investigations from the Paleogene-Neogene Sediments of the Narmada block of the Cambay Basin Gujarat, India

Research Title: Provenance of the clastic and non-clastic sequence of the Jaisalmer Basin

Research Title: List of Research Students in the Department